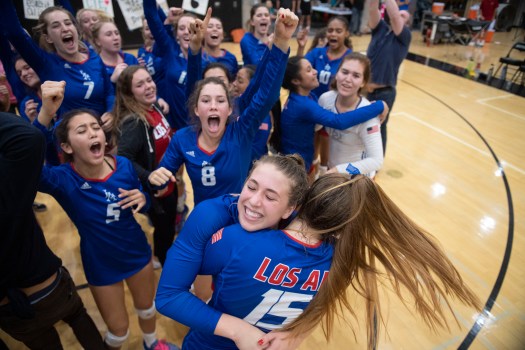 The All-CIF teams for girls volleyball were released Monday, with Los Alamitos and St. Anthony leading local teams in selections.

The lone Division 1 honoree in the area was Lakewood’s senior outside hitter, Julia Crawford.

In Division 2, Los Alamitos had both the Player of the Year in junior Abby Karich and Coach of the Year in Dave Huber. The Griffins won their first section championship since 2013 this year and also had sophomore Starr Williams and libero Jacinda Ramirez selected to the All-CIF team.

St. Joseph outside hitter Aset Baker-Falealili was also selected to the Division 2 team.

St. Anthony coach Alicia Lemau’u was selected as the Division 5 Coach of the Year after leading her team to the regional semifinals. Saints juniors Isabella Bareford and Tiare Jennings were both named to the All-Division 5 team.

Avalon freshman Virginia Soto was selected to the All-Division 9 team.